Having concluded my last article lamenting the modern woman, languishing in a deeply sexualised culture where every magazine and advert entices her to observe and pander to her vanity, it seems that a set of modern female role-models is desperately needed to push the cast of The Only Way Is Essex and the likes of Cheryl Cole out of the doubting feminist’s mind. As January 2012 begins with the ever-depressing Celebrity Big Brother drearily rolling onto people’s screens, insisting that glamour models and women who cheat on their husbands deserve celebrity status, here are my top women of 2011, the anti-Kardashians, the heroines who combine raw talent and courage to make their mark. They are an eclectic bunch; some risking their lives to defend women’s rights, and so feminist in the most powerful sense of the word. But there are also women who have simply excelled in their chosen field, be it television, sport or law. These women prove that beyond the boring Cheryl Coles and Kate Middletons of the ubiquitous glossies, there are talented and brave women who have more to offer than simply their good looks, sex appeal and positions attained through circumstance rather than raw effort and excellence.

2011 has been the year of powerful uprisings against tyrannical regimes, and has also witnessed an incredible commitment to peaceful protest. Surely no woman has done more in this department than the Burmese opposition leader, Aung San Suu Kyi. Modestly describing herself as a ‘useful figurehead’, she has endured a total of 15 years house arrest by the military junta in her peaceful fight for democracy in Burma, sacrificing her personal life for her democratic ideals. Suu Kyi’s calm manner, thoughtful and peaceful rhetoric has inspired millions around the world, and in 2011 her party, the National League for Democracy finally registered as a political party and announced it would run in elections.

Elsewhere, other protagonists and activists have emerged, challenging female oppression everywhere. Five incredible stories have caught the attention of the world, yet it seems undeniable that many more stories of suffering, struggle and bravery exist behind closed doors. Both Samira Ibrahim, an Egyptian woman brave enough to take the military to court after suffering horrific sexual assault at their hands and Shaima Jastaina, the fearless Saudi Arabian woman sentenced to ten whips of the lash for driving a car – a ‘crime’ for a woman in Saudi Arabia, must serve as a reminder to western women of the immense oppression still suffered globally, and the incredible tenacity and resilience that some women still manage to conjure.

From Yemen, Tawakkul Karman became the youngest woman to be awarded the Nobel Peace Prize for her weekly protests against the Yemeni government and her arrest encouraged thousands of protestors to take to the streets to demand her release. Karman shared her prestigious accolade with Leymah Gbowee and Ellen Johnson Sirleaf. Sirleaf is Africa’s first democratically elected female president, and was awarded for bringing peace to war-torn Liberia, whilst Gbowee led protests against the use of child soldiers and rape in the country’s civil war. The very fact that not one, but three women won the award is quite an achievement in itself; only 12 women have ever accomplished this.

Back at home, a heroine who only hit the headlines right at the end of the year, despite an unimaginably agonizing 18-year long wait for justice, is Doreen Lawrence, mother of the murdered black student Stephen Lawrence. Doreen and her husband Neville’s persistent campaign to see their son’s murderers brought to justice, was driven by the belief that being black had not only led to her son’s murder, but also led to a sloppy effort on behalf of the establishment to bring the shameless racist killers to trial. Rather than bury herself in silent grief over his death, Doreen and her husband’s vocal campaign has led to unprecedented legal reform, such as the repeal of the Double Jeopardy rule, and also reform of the Metropolitan Police, after the Macpherson Inquiry found it to be ‘institutionally racist.’ 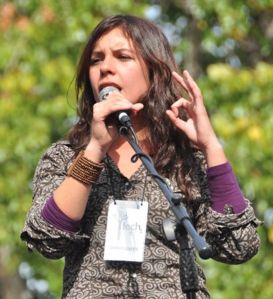 Finally for fighters of justice, is 23 year old Chilean student leader, Camila Vallejo, who is challenging the presidency of the billionaire businessman Sebastián Piñera. Employing a range of peaceful protest tactics, Vallejo and her numerous fans have campaigned for more affordable and better quality education, and to stop the divide between the expensive elitist colleges and the woefully underfunded ones. Vallejo has ruffled the feathers of the establishment to the extent that a government official in the ministry of culture was fired for suggesting the assassination of Vallejo might put a stop to the protests. It resonates with the alleged Burmese military general that won’t have the name Aung San Suu Kyi said in his presence because it angers him so much. Vallejo’s beauty has been an increasingly mentioned aspect of her heroic status, yet she comments on it thoughtfully; ‘you have to recognise that beauty can be a hook. It can be a compliment, they come to listen to me because of my appearance, but then I explain the ideas.’

Back on UK soil, and in the storm of the 2011 hacking scandals two women kept their heads whilst all around them heads began to roll. An odd choice they may seem, but the media lawyer Charlotte Harris, and the journalist Laurie Penny decidedly take my vote. In a year where the dirty and dodgy tactics of the press has been exposed, Harris emerged as a clear and powerful voice, defending the right to privacy tooth and nail in the public arena. A Lawyer for the media firm Mischon de Reya, Harris has acted on behalf of politicians, victims of crime and celebrities who had all been affected by hacking. She has commented on her work ‘… this is about whether we live in a democracy, or a Murdocracy dictatorship that I never voted for.’ Penny also deserves recognition, simply for being the most refreshing journalist writing about current affairs there is to offer. Fearless in her ability to tackle authority, Penny writes unflinchingly of modern-day culture and politics from the rife violent sexual threats female bloggers experience online to her disappointments at the royal wedding, all, of course, with a ‘feminist twist.’

Stepping now into something a bit lighter; popular culture. Two actresses come to mind. The first, Sophie Grabol, has shot to fame for her role as detective Sarah Lund in the hit Danish series, The Killing. Grabol had an instrumental role in deciding how Sarah Lund should be portrayed, particularly her now famous knitted jumper that is her own unique uniform. Grabol comments; ‘it tells of a person who doesn’t use her sexuality – that’s a big point. Lund’s so sure of herself she doesn’t have to wear a suit.’ Similarly, Grabol was keen for Lund to be tough, slightly cold and a touch enigmatic. She has explained, ‘ I’ve played lots of women who are always expressing themselves, always crying and getting hysterical and I said to the writer I really want to go in a different direction.’

Secondly for popular culture, is Vicky McClure, the BATFA winning This Is England actress, who produced some of the most moving and emotive television of the year in her portrayal of Lol, the deeply troubled but tough young northerner who murders her own father after an incestuous rape attempt. Wise beyond her years, down-to-earth and something of a fashion icon in her doc martins and cropped hair-style, McClure managed to produce one of the best characters on television of the year. 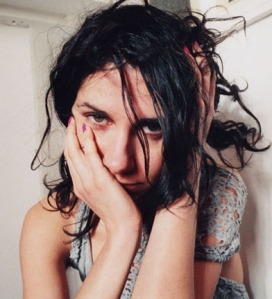 A quick mention of the singer/song-writer P J Harvey, purely because in a world gone crazy, where raw musical talent is scarce and X Factor dominates, it actually seems that we still have (just about) the luxury to choose between female singers who are capable of writing their own music. Many have praised Adele, and some praise Florence Welch. Yet P J Harvey has a voice that is sweet, haunting and raw, and that decisively transcends her other contemporaries. She won the Mercury Prize for the second time this year for her revered album Let England Shake, a unique and distinct work of art primarily about the conflict in Afghanistan. On Battleship Hill, Hanging in the Wire, the Last Living Rose and In The Dark Places are the best tracks of the album, undeniably some of the best music that the year had to offer.

The list would not be complete without a mention of Christine Lagarde, the savvy but stylish newly- appointed head of the International Monetary Fund, after the stereotypically macho Dominique Strauss-Kahn hastily made his exit. Ranked as the ninth most powerful woman in the world last year by Forbes, and the first woman ever to head the IMF, Lagarde has built up an impressive career. Remarkably, for French readers of the publication Terrafemina, it is Anne Sinclair, Strauss-Kahn’s wife who has pipped Lagarde to the post as French Woman of the Year for her ‘tenacity and unwavering support’ shown to her husband throughout numerous accusations levelled to him of sexual misconduct (which surely proves the need for a round-up of worthy heroines of 2011!) 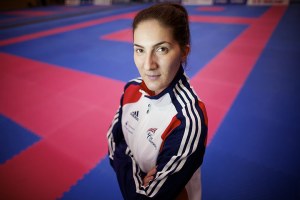 The final heroines are the sportswomen of whom the all-male judging panel for the Sport’s Personality of the Year award did not seem to be aware. For example, Sarah Stevenson, who became world taekwondo champion in 2011, shortly before she lost both her parents to cancer. She has commented on her controversial exclusion from the shortlist of the Sport’s Personality of the Year saying, ‘there are people out there who are the best in their sport and they deserve to be recognised for that.’

So that was 2011, and 2012 beckons. As surely as some women will continue to press for greater reform, continue to protest, and continue to display dazzling talent, there will also remain those suckered in to their televisions and magazines, plastered with the latest surgically-enhanced nobody, which fail to explore or support the amazing influence real women in the world have. In whatever part of the world, it is necessary to stand up for women’s rights and celebrate women’s talents. As Sirleaf said as she collected her Nobel; ‘my sisters, my daughters, my friends – find your voice.’

← A Good Dressing Down
Background Music →